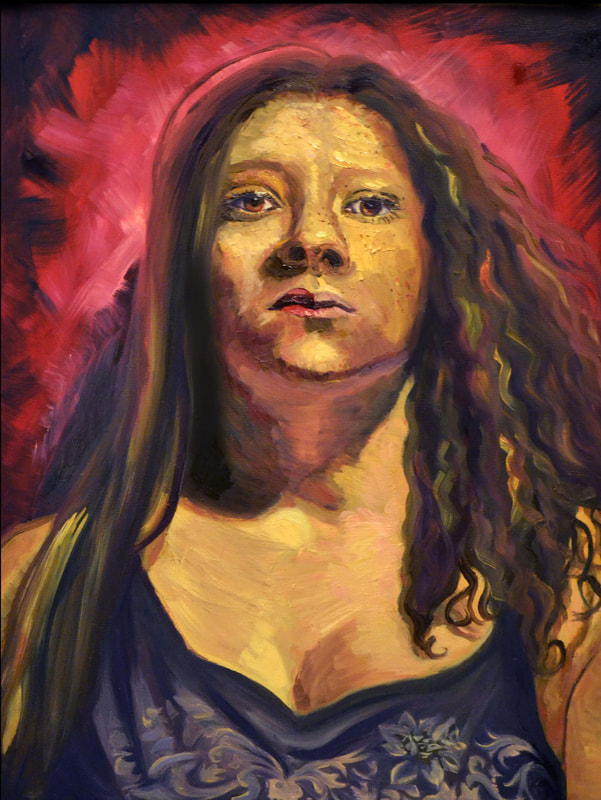 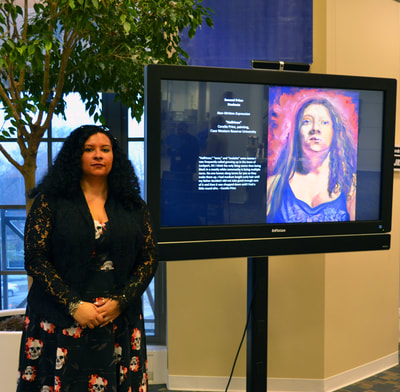 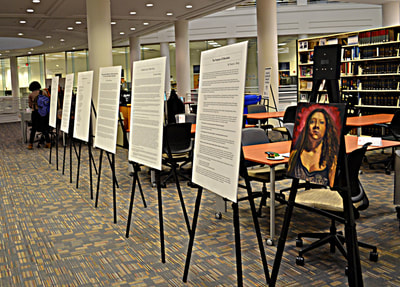 'The Martin Luther King Jr. Reflection Competition reception took place February 22nd in the #KelvinSmithLibrary at #CaseWesternReserve.
I spoke about my work Halfrican and I actually got a few laughs from the audience and a few people stood and clapped for me when I finished. A great feeling, wish I could feel like this everyday!'
Feel free to read my written statement about this piece below:

​Halfrican
“Halfrican,” “oreo,” and “mulatto” were names I was frequently called growing up in the town of Lockport, NY. I think the only thing worse than being black in a mostly white community is being multiple races. No one knows slang terms for you so they make them up instead of calling you by your name. I had medium length curly hair until my father decided I did not take good enough care of it and then it was chopped down until I had a little round afro. This of course earned me not just a new name but a little sort of song. “CC's rough and tough with her afropuff” By the time I was in middle school I was rather overweight, had acne and dressed mostly in black(not much has changed there). All of this gave kids more reasons to pick on me and has pretty much continued even into adult hood.
My mother was German & Scottish, my father is a mix of Cherokee, African, as well as Honduran. I've come to call myself a “world mutt” and have mostly come to terms with myself and my background. But throughout high school and a while after, I struggled with trying to “fit in.” As we know in American culture there is a strong preference given to the European look. Straight blonde hair, blue eyes and rather skinny. I'm not sure exactly when it happened, but American beauty standards took Hitler's ideas for an Aryan race. Why in 2018 when I flip through a magazine, watch tv or movies does it seem like the people of color do not exist?
Some say racism has vanished from the world even though there is clearly an issues with unarmed black men being shot by police. The LGBT community can not marry whoever they see fit. Women are still not receiving pay equal to that of their male equivalent colleagues. The lack of equality still left in this land made up of foreigners is disheartening. I could go on about why we need to set aside a whole month for black history or why there is still a lack of Asian, Hispanic, African and Native Americans in tv shows, advertisements, and everywhere in between.
I once had a hope that I would be a model. Over time I decided that due to my skin color and weight that would not be a realistic goal. Today I think it is not my way of thinking that needs to change. It is the society that continues to promote the Aryan thinking. Get up and straighten your beautiful curls, cover up those blemishes and freckles, do not show to much skin only skinny girls can get away with that. My painting attempts to show how the different sides of my ethnic heritage both show through and get covered up to match what is considered “acceptable” right now. Previously I created a small series of paintings that focused on my body shape and size. I've decided it's no longer healthy to be ashamed of the things I can not change about myself. Hopefully in my exploration of finding out who I am, I can help others find who they are.
My dream is that one day we will be a country that embraces each others differences instead of insisting on be consistently being cookie cutter.